As someone who likes to do research before making a major purchase, there are a few qualities I look for from any store/salesman; honesty, quality, selection and competitive pricing. Epic Cycle & Fitness in McHenry exceeded my expectations on every level!

After many years of not riding a bike, I decided it was time to purchase a new one and hit the trails once again. Several individuals, including my brother, told me to stop by Epic. While I live in Grayslake and there are other bike shops much closer, I decide to drive out one afternoon with the intention of seeing what Epic had to offer based on the positive comments I received.

As someone who was not an avid bike rider, walking into a bike store can be a little overwhelming. When I walked in the store, I was immediately greeted by the owner Mike. Mike took that feeling and immediately made me feel at ease as I walked around the shop not really knowing what I was looking for. He took the time to explain the difference in the bikes (tires, gears, ride comfort etc.) and in a matter of minutes I felt I was a bike expert!

Mike pulled six different bikes off the racks, took them outside and let me ride around the parking lot and in the gravel area behind the building to see how the bikes responded and how I felt on each. I had no clue there was such a difference between bikes until I tested them all. After about 30 minutes of riding around (I was having fun), I finally found the bike that was perfect for me (Mike you can insert the bike year/model I got here if you want)!

Mike brought the bike back into the shop, took the time to explain to me how it worked, showed me routine maintenance I could do at home and gave me a few riding tips. I soon realized I also needed a helmet, light, water bottle and lock. Mike never tried to over sell these products and just like the bike, didn’t push the expensive accessories.

Not only did Mike make me feel like an old friend while I was at Epic, he went above and beyond my expectations in making sure I purchased a bike I would be happy with for many years!

After I left Epic, I immediately called my brother to thank him for the outstanding recommendation, went home, put on my helmet, filled my water bottle and hit the trails behind my house! I’m looking forward to many more great rides thanks to Mike and the employees at Epic! Just like my brother did, I too am telling people looking for a bike they can’t find a better place to go than Epic Cycle & Fitness in McHenry! 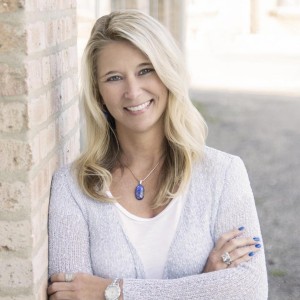 View all posts by Epic_Cycl3 →

Voted One of the Best Bicycle Shops in McHenry County!

There are no upcoming events.

Certified in:
- The Bicycle Fitting System